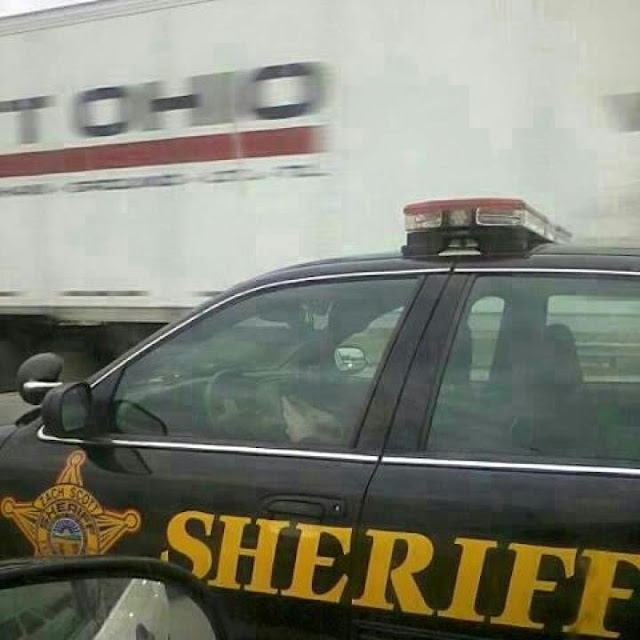 KETTERING — Enforcement of a new Ohio law prohibiting texting while driving will begin at the end of August, but a city of Kettering law that may soon be shelved provides for citations inside the city limits beginning July 1.

The city’s ordinance banning texting behind the wheel was approved in December 2011 and took effect in January, but provided a six-month training and education period during which only warnings were issued.

That cushion is about to end, although the city is expected to discontinue its ordinance once the state law takes hold.

Kettering police will begin issuing citations July 1, public information officer Ronald Roberts said.
Officers will be focusing on drivers who exhibit signs of distraction due to texting, such as “swerving in their lanes, sitting stopped at a green light and striking a curb with their tires.”

Some aspects of the Kettering ordinance are stricter than the state’s, which is toughest on teenage violators. In Kettering, texting behind the wheel will be a primary offense for drivers of all ages.
The fine, which is set by Kettering Municipal Court, will be $105.

“It has always been our intention to rescind our ordinance if the state passed a law,” said Kettering vice mayor at-large council member Amy Schrimpf.

District 3 council member Tony Klepacz, who was a proponent of one of the first local texting ordinances in the nation, said he would support that change.

For more information, contact Vincent Rush at vrush@lynxtelematics.com or (513) 965-6318

Posted by Vincent Rush at 9:47 AM No comments:

Momspeak: The perils of teen driving, and letting go 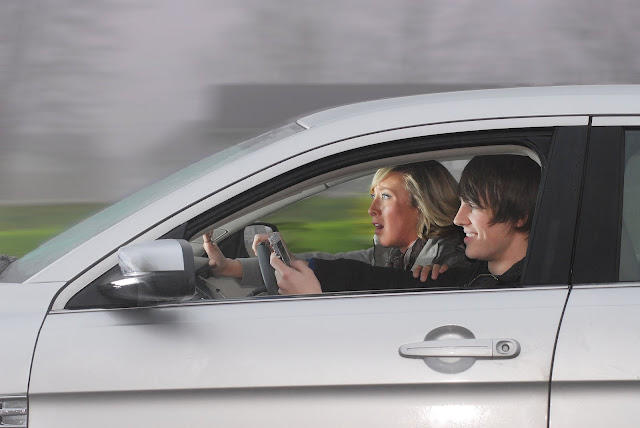 Momspeak: The perils of teen driving, and letting go By Tracy Grant I remember tucking their two premature bodies — each weighing less than five pounds — into the newly installed car seats in the back of the Toyota Corolla for the 12-minute drive from Holy Cross Hospital to our home in Silver Spring. My husband drove the back roads because fewer cars meant lower chances of a collision, a lesser likelihood that another driver would grow angry at and aggressive with the car that crept along at five miles below the speed limit. When we pulled into the driveway, it was with audible sighs of relief. Never again would a car journey with our sons be so fraught with anxiety and perceived peril.

That is, until you make the appointment for that once-sub-five-pounder to take his driving test. Christopher has had his permit for the required nine months. We have spent time virtually every weekend driving. If I am to be fair, I have to concede that I no longer sit in the passenger seat not breathing, knuckles white, my foot depressing an imaginary brake. He has mastered changing lanes, highway driving, night driving, even driving in the rain. I am almost comfortable with him driving his brother and me almost anywhere we need to go. In an emergency, I would feel that he could get me where I needed to go.

In short, I was slowly — very slowly — moving toward acceptance of the idea of Christopher, having his driver’s license. That is, until the release of two studies last month by the American Automobile Association and the Insurance Institute for Highway Safety on the perils of teen driving.

The AAA study added new data to the long-proven fact that teens are the most dangerous drivers on the road. Specifically, the research found that the chances of a fatal accident increase by almost half when a 16- or 17-year-old driver has one teenage passenger. The risk doubles when the teen driver has two teen buddies in the car and quadruples when the teen passengers number three or more.

The Insurance Institute study found that teen deaths in automobile accidents have fallen since 1996, when tougher rules requiring graduated licensing for teen drivers were enacted. (Graduated licensing refers to requiring teens to have a set number of supervised hours of driving — generally about 60 — before they can get what is called a provisional license that imposes some restrictions, including on the number of minors in the car and on night driving.) But it also reported that if states enacted tougher licensing rules, 500 deaths and 9,500 crashes involving teen drivers could be avoided each year.

When Christopher started the driver’s ed process, the thought of driving with him for 60 hours seemed daunting and interminable. At times during the last nine months, it has proved to be that — for both of us. But is he a better driver at 16 than I was? Absolutely. Would I object if the state required him to get another 10 or 20 hours of supervised driving before he could take his license test? Absolutely not. A friend whose son got his license within the past year told me she offered him this bit of wisdom before he took the test: “Failing the test doesn’t make you a bad driver, and passing it doesn’t make you a good one.”

I have warned Christopher that having his license isn’t likely to change his driving habits very much. He can drive just about anyplace we go as a family, but the notion of my tossing him the car keys and offering a cheery “be safe” as he, his brother and some buddies go off to the movies doesn’t seem to be in the cards.

“We know that carrying young passengers is a huge risk, but it’s also a preventable one,” said AAA Foundation President Peter Kissinger in presenting his study’s findings. Oh, and did I mention that the other sub-five-pounder is finishing up his two-week driver’s ed course this week? Here we go again.

Tracy Grant is the editor of KidsPost. Her Momspeak column runs every other week.

If you're a concerned parent of a teen driver and would like more information on the LynxSafe Teen Driving Monitor by Lynx Telematics, that eliminates Texting and Driving, Speeding, Distracted Driving and monitors seat belt usage, mechanical failures and allows a parent to set up geo fencing, please contact Vincent Rush of Lynx Telematics at vrush@lynxtelematics.com or directly at (513) 965-6318
Posted by Vincent Rush at 9:54 AM No comments: 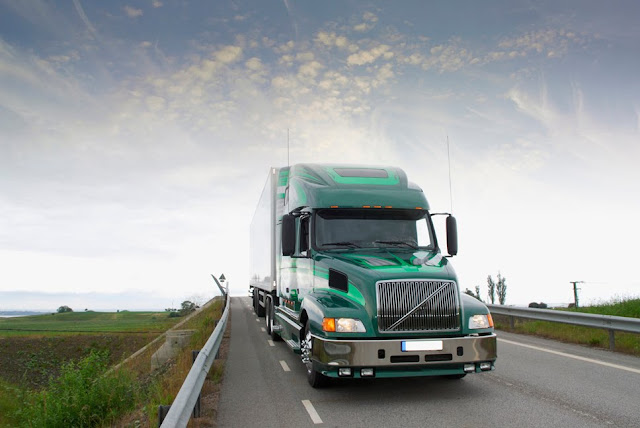 Jared Davidson, Commercial Insurance Agent at Beehive Insurance If you’ve heard of the word, you likely work in the fleet management industry—or maybe you’re a tech junkie(!). What does telematics have to do with insurance you might be asking? Telematics is a relatively new field in technology that combines telecommunications and informatics – the study of information processing. GPS is a form of telematics. A Vehicle early warning system, such as GM’s OnStar, is another. To compare GPS to today’s telematics would be like comparing an analog cell phone from 25 years ago to today’s versatile smart phones. Businesses that operate fleets of vehicles today are under constant pressure to reduce costs and increase efficiency through improved fuel economy, better driver behavior, more effective dispatching and tracking, and overall vehicle management. The FMCSA in conjunction with the USDOT has enacted regulations and guidelines that reflect their push to improve overall road safety through better monitoring of driver behavior and vehicle road worthiness. Today’s cutting edge telematics devices integrate vehicle data obtained from the vehicle’s on-board diagnostics devices, which since 1996 are on all vehicles under 12,000 lbs GVW, with GPS data as well as driver inputs such as braking and acceleration levels to monitor overall vehicle operation. Telematics devices are becoming less proprietary over time so the cost of entry is becoming lower. The newest systems are cloud based and work on all major brand smart phones and tablet devices. Windows and/or Apple based operating systems are used at the dispatching end and Android (and other) operating systems on the driver’s end. Telematics systems can (and should) include real-time dispatching, routes traveled, and locations traveled to. There are applications that factor in traffic and weather data to route the vehicle to the most efficient way to reach its destination. This can result in savings through fewer miles traveled, lost time in traffic, and decreased idle time. Many hand held devices can now be configured to only allow incoming calls from numbers chosen by the employer, with similar restrictions on out-bound communications, reducing distractions to a minimum. Driver logs and post-trip inspections can also be performed with some of the better telematics software, reducing costs related to employees’ time to perform these government mandated duties, with the input automatically uploaded to the company’s server for real-time record keeping. So again, what does this have to do with my insurance? Well, several insurance companies have completed studies indicating that businesses that utilize telematics have fewer claims on their commercial auto policies. Lower claims for a business owner means that their account becomes more attractive to a potential insurer, and are more likely to get their best price on a quote. Some large commercial auto insurance companies are giving discounts for permanently attached telematics devices as well. Additional benefits can include time, money, and attention saved not having to deal with claims. Like deductibles, vehicle rental, repair shop issues, purchasing a replacement vehicle, possible negative publicity, and expenses related to training employees in new vehicle operation. Additionally, drivers have been shown to have fewer moving violations and accidents when they understand their vehicle and driving habits are being monitored. Quick location and recovery of stolen vehicles is much more likely. Even when the vehicle is not in use, the tracking device will ‘ping’ its location every few minutes. Weekend and holiday vehicle use can be monitored and better controlled by the business owner, lowering miles traveled, fuel expense, and unnecessary vehicle wear and tear costs. All of this adds up to a more efficient, well run vehicle fleet – and makes the roads safer for all of us. Jared Davidson Senior Account Executive 801-743-7717 | jadavidson@beehiveinsurance.com
Posted by Vincent Rush at 10:11 AM No comments: