Insurer: Letting us spy on your driving cuts premiums! 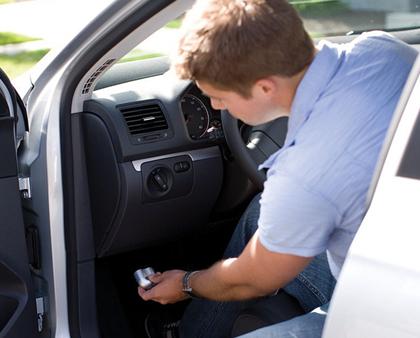 If you thought devices that voluntarily spy on your driving might be a passing fad, think again: One big insurer says it’s finding that such systems are more than two-and-a-half times as good as traditional methods at predicting accidents.

Progressive Insurance just released a finding based on the program it introduced a year go that finds “loss costs” for the drivers with the highest-risk driving behaviors are about two and a half times higher than those for drivers with the lowest-risk behavior.

Though it has tried “usage-based” insurance programs for years, Progressive introduced a system called Snapshot last year in which drivers are sent a small device that plugs into their cars and relays information about their driving habits. The insurer says it measures the time of day the car is driven, distance driven, and how many hard brakes per mile the driver makes. Other insurers, such as State Farm and GMAC, also have similar programs.

As a result, Progressive says it has found that 70% of drivers who have signed up for its Snapshot program pay less for their insurance than they did before the program began:

They are saving an average of $150 a year. It’s offering to let any driver give the program a 30-day tryout, not just its own customers, to see if they will save money in the 42 states in which it is offered. Progressive officials say they want to prove that good drivers are paying unnecessarily high premiums based on the risk they present to insurers.

“For most, the rates they’re paying are higher than the risk they actually present –- and in many cases, much higher,” says Progressive CEO Glenn Renwick in a statement.
Re-posted by Vincent Rush of Lynx Telematics

Insurance companies want to take the lead in marketing and managing UBI services. It makes sense since they already have familiar brands as well as the customer base. Most important, they are the ones with relationships with state regulators, keeping track of the myriad regulations and requirements of individual states.

A Company in Cincinnati, Lynx Telematics has developed a device called the Lynx Safe Teen Driving Monitor that can not only provide insurance companies with a UBI telematics device, but is the first of its kind to give parents “real-time” parental control and live monitoring of their teens driving habits, while at the same time, preventing texting and driving.

Vincent Rush, President of Business Development for Lynx Telematics, commented in Nashville recently that, “While we realize that quality and integrity of data is paramount in the UBI market, we also saw a gigantic void. Many insurance companies have the programs, however parents really have no control over their children’s driving habits, until the company reports back to them. We wanted to bring, not only savings to a parent, but peace of mind as well. As a parent, I don’t want to receive a report about my kids poor driving habits, 3 days after their funeral. I want to know the instant my teen is getting careless. I’ve already had one personal experience and I don’t care to have another”

With the LynxSafe telematic device, Mom & Dad are now, figuratively in the front passenger seat with their teen driver from the moment they pull out of the driveway”. Rush went on to say that, “Our single user interface model allows Mom and Dad to set parameters as well as receiving immediate text alert and emails when their son or daughter is speeding, driving radically, or in any type of accident as well as experiencing any mechanical break down.”
For more information on the LynxSafe Device and Lynx Telematics, contact Vincent Rush at (513) 965-6318 or vrush@lynxtelematics.com