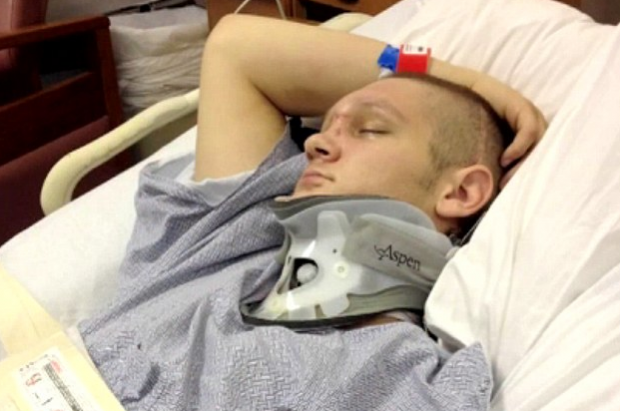 Chance Bothe knows firsthand the dangers of texting and driving.

The Texas man typed this message to a friend while driving home from college earlier this year, “I need to quit texting because I could die in a car accident and then how would you feel …”

A few seconds later, Bothe’s pickup veered off a bridge and dropped down a 35-foot-deep ravine.
KHOU-TV reports he suffered extensive injuries including a broken neck, a punctured lung, and a fractured face, which would later require extensive reconstruction. He had to learn to walk again, the station reports.

“I’m very lucky that I’m not gone forever,” Bothe, 21, told KHOU-TV on his last day of a six-month rehabilitation in Houston. “I still have things to do in this world.” 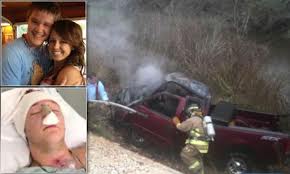 One of the first things he’s doing is spreading the word of the dangers of texting and driving.

“They just need to understand, don’t do it. Don’t do it. It’s not worth losing your life,” he said. “I went to my grandmother’s funeral not long ago. And I kept thinking, it kept jumping into my head: ‘I’m surprised that’s not me in that casket.’ I came very close to that. To being gone forever.”

Bothe promised to spread the word about the dangers of texting while behind the wheel so that others can learn from his mistake.

“What people have told me is the reason God didn’t keep you away from this Earth is because you have something special to do,” he told KHOU. And I believe what is special is that I should tell everyone not to text message and drive.”